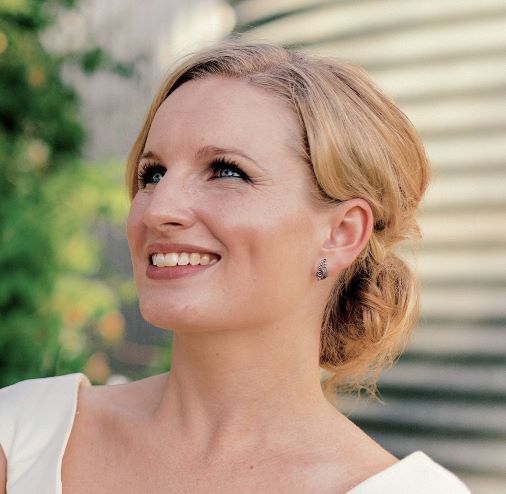 Alexandra is a singer, choral conductor and music educator. She has worked as a classroom music teacher at St Mary’s College for over a decade, and has directed many of their choirs. She is now delighted to be conducting the Young Adelaide Voices Second Concert Choir!

Alexandra graduated with Honours from the Elder Conservatorium of Music in 2006. She is a core member of the Adelaide Chamber Singers, and has toured with them to Austria, Canada, France, Italy, the UK and the USA. Alexandra appeared with the ensemble when they won the prestigious Pavarotti Trophy at the Llangollen Eisteddfod in Wales 2013. She regularly features as a soloist within the choir. Alexandra has also been a chorus member of the State Opera of South Australia from 2007. She has frequently performed at the Adelaide Fringe Festival and Adelaide Festival as both a soloist and ensemble member. Some of her most memorable performance experiences with the Adelaide Chamber Singers include singing Monteverdi’s madrigal cycle Sestina in the chapel of Trinity College, Cambridge as part of the Cambridge Summer Music Festival in 2006, appearing as a backing singer for the Hilltop Hoods, performing Arvo Pärt’s Passio under the direction of international Pärt specialist Paul Hillier during the 2007 Adelaide Film Festival, and joining the Tallis Scholars to sing the 40 part motet Spem In Alium while pregnant with her son Albert!

Alexandra first started teaching at Walford Anglican School for Girls, conducting some of their middle and senior school choirs. Now at St Mary’s College, she takes a number of choirs including the Senior Concert Choir, and Middle School Choir. She is actively involved in the Catholic Schools Music Festival, preparing students in the Festival Choir, and conducting auditioned support acts. In 2014, Alexandra conducted in a masterclass with Stephen Cleobury, renowned director of music at King’s College, Cambridge, and in 2015 she took part in the Gondwana Choirs Conducting Academy at their National Choral School in Sydney. Both of these professional development opportunities were invaluable experiences in helping her refine her skills. Alexandra also plays the violin and viola, and enjoys playing with the orchestras at St Mary’s College.

Outside of performing and teaching, Alexandra is mum to Albert and Nina, who keep her very entertained, and very busy!