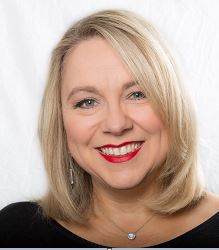 I keep coming back for the inspirational tutors and accompanists and the sound of children singing. My favorite choir song is 'One by One' from the Lion King. I laugh when......the kids laugh!

Trish is a teacher of music at Walford Anglican School for Girls. She has been teaching 4 – 18 year olds over the last 32 years at Walford and has always had a keen interest in choral ensembles.

Trish began with Young Adelaide Voices in 1999 and thinks it is the best place for students and tutors alike to learn new skills and build on their talents.

She is a familiar face around Adelaide in the local theatre scene, having played most of the lead roles in the Rogers and Hammerstein classics and a number of Sondheim musicals. She has also directed many musicals, including ‘The Sound of Music’ with The Gilbert and Sullivan Society of SA, Joseph and the Technicolor Dreamcoat for MET and musically directed ‘South Pacific’ (also with the MET) along with many other productions at Walford. This year she will be performing the lead role (Joyce Chilvers) in Therry’s mid-year musical, Betty Blue Eyes.

Her favourite roles include Annie Oakley in “Annie Get Your Gun”, Maria in “The Sound Of Music”, the witch in “Into the Woods” and Dolly Levi in “Hello Dolly’ and Donna Sheridan in Mamma Mia!

Trish also plays the violin, flute and piano, and can often be seen performing with her husband and his band or in one of his floorshows around SA or during the Adelaide Fringe as a cabaret artist.

Basically, she can’t get enough of music!