Young Adelaide Voices has been inspiring and educating young choristers for 30 years.

YAV was established in 1988 as the “Adelaide Girls Choir” by two founding directors, Deborah Munro and Margaret Lange and chaired by local Adelaide identity Keith Conlon who was also Patron along with Julie Anthony, Peter Combe and Jane Doyle. In its first year, the Choir developed a special artistic relationship with the Adelaide Symphony Orchestra with joint performances and the production of a CD (A Universal Christmas), a relationship that continues to this day. Within a short time, the Choir sang with many other Adelaide Choirs and toured the major South Australian regional centres through Country Arts SA.

The name ‘Young Adelaide Voices’ was launched in November 2004 by Her Excellency the Governor of South Australia, Mrs Marjorie Jackson-Nelson recognising that by then YAV catered for the musical development of girls AND boys between the ages of 5-35 years.

Interstate and international touring became a natural extension to the busy local schedule. News of the Choir’s excellence spread internationally with tours of the UK, Europe, North America and China.

Links with the Asian region were further strengthened when YAV hosted ‘Forum 21’ Children’s Choir from Inchinomiya, Japan as part of the Australia/Japan Year of Exchange 2006.

The high standard of choral performance achieved by the Choir has led to the production of ten CDs including the recording OYE! in 2008 and the stunning Songs of Sanctuary by Karl Jenkins, which is still receiving significant national airplay on ABC Classic FM. We Are As One features music from their award winning USA tour in 2012, and Shall We Dream from the award winning European tour in 2016.

Young Adelaide Voices continues to shine in the national and international choral world. 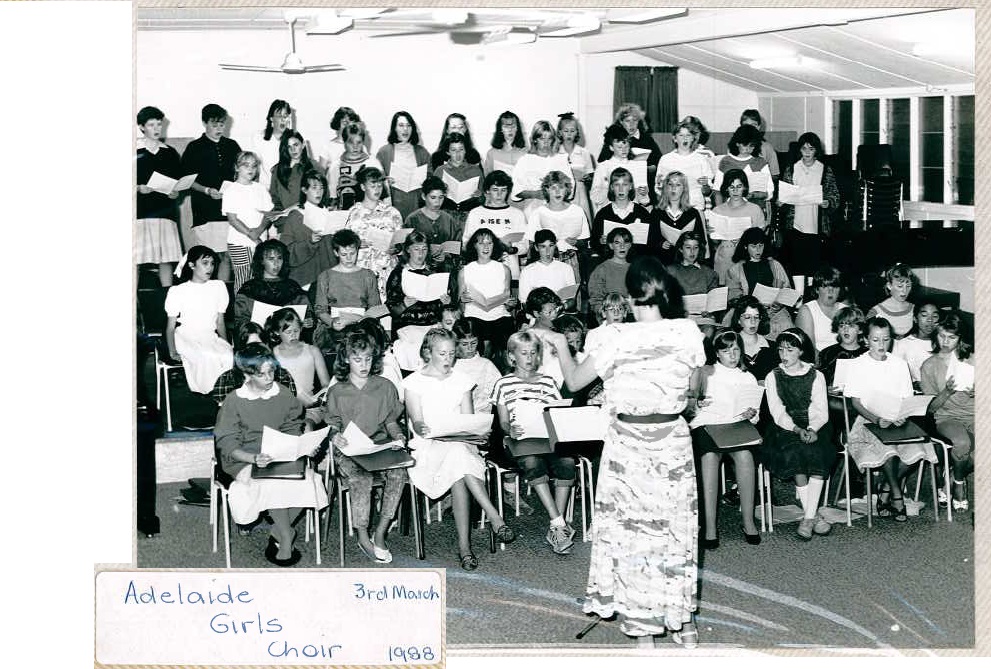